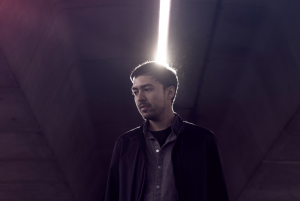 Over the past decade, Praveen has explored a variety of sounds under a growing stable of aliases. Originally under his own name, Praveen, then Praveen & Benoît alongside Kranky’s Benoît Pioulard, he is most likely best known for his more recent work as Sepalcure alongside long time friend Machinedrum (Travis Stewart). After the resounding success of the Sepalcure project and a string of well received singles and EPs under his solo House Music guise, Braille, Praveen has returned to his roots with a punch to the heart. Unashamedly emotive and melancholic, Praveen’s latest full length, “12 Lights” combines his unique sense of sound design and love of granular synthesis with expansive instrumentation. With source material recorded over a span of three years, and Benoît Pioulard offering vocals for a number of songs, it is the natural followup to “Songs Spun Simla”. The slowly breathing “Sincere” also features renowned designer, illustrator and artist Sougwen Chung on Violin. Found sounds from three years of traveling and a series of dictaphone sessions with Benoît Pioulard serve as the bed for songs which slowly grow in scale and potency. Recorded & Engineered at Leopard Studio. 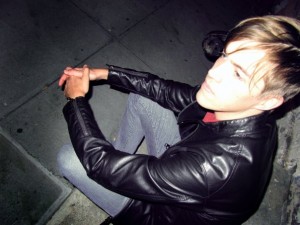 During a trip to Hanayashiki Park in Tokyo, Avery Brooks finally found a moniker for a collection of songs he had been working on in private. It was a small placard, glanced in passing, but the phrase stuck with him. ‘Lost Children’ spoke to his ongoing preoccupation with aging, mortality, and the anxieties of adulthood. Time has been a theme for Brooks since his first release, Our Fallen Cities, which was a soundtrack to visions of post-apocalyptic America, a score of love songs meant to accompany a dimly-lit futurist nostalgia. With tracks like “Time is Running Down,” Brooks made no secret of his subject matter, nor did he stray from his unswerving orbit around an 80’s sensibility: much of Our Fallen Cities feels like an updated Depeche Mode, giving free reign to dark, skeletal clanging and judicious use of vocoder

Upcoming album Specters finds Brooks no less fascinated with his own death drive, this time letting the songs fall into the familiar shapes of ghost stories. Brooks continues to pay homage to his darkwave heroes, but here he allows his synths to stretch their legs with dizzyingly intricate programming, employing denser, more shimmering textures and letting small patches of light slip through. Vocal lines are woven through the mix, often acting as synth pads themselves, stretchy layers draped across steely percussion. Despite their morbid fascination, the sounds are very much alive, pulsing choirs of synth tones in vivid spectrums of dark blue. Brooks’s friends and bandmates from Ravens & Chimes, Selebrities, and the Ice Choir contribute guitar parts and backing vocals. Specters is a sensitively woven sonic space that deals primarily in darkness, but glows with a slight warmth around the edges.

– Jen Monroe (LISTEN TO THIS) 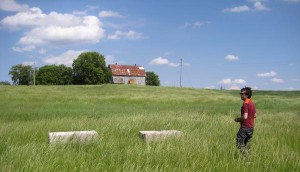