Lost Children: Hillside is out now!

Posted in Audio, Videos | No Comments » 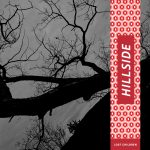